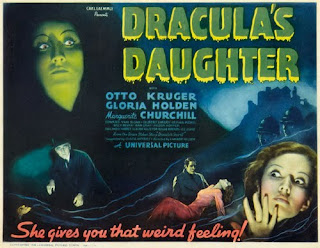 I'm really giving the movie three kisses and giving one half to Gloria Holden as the best thing in the movie.

"Dracula's Daughter" is one that probably a lot of people have never even heard of.  It has had mixed reviews and a shaky reputation over the years. It’s an interesting and mostly entertaining vampire story, and as close to a sequel to the original “Dracula” as we are ever likely to get. 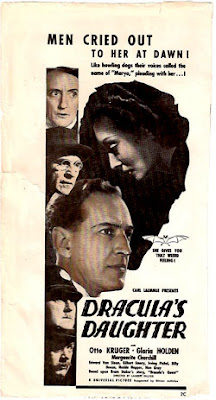 It took 5 years for Universal to finally get a sequel to its 1931 hit into theaters.  In a big loss for the movie, Bela Lugosi lost out on repeating the role of the count.  The original script started in the 1400’s with Bela playing the Count in his human form.  The story finally explained how he became a vampire before moving on in time to the contemporary story of the Countess.


A few years later another film in the same vein (sorry!) was "Son of Dracula" starring Lon Chaney, Jr.  But in that film the character Chaney plays is not specifically identified as Dracula’s son.  In this one the Countess does identify herself as the daughter of Dracula. 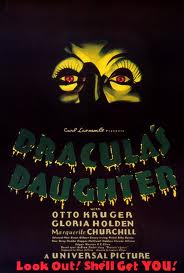 Today this film is worth watching mostly as a curiosity.  It hasn’t aged particularly well and it has three striking flaws.  However, I believe it possesses one enormous asset which ultimately makes it worthwhile. 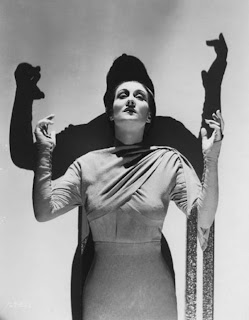 The movie starts a few minutes after the finale of “Dracula”, with Van Helsing still in the crypt after saving Mina Seward and dispatching the Count.  Edward Van Sloan reprises his role of Professor Van Helsing and is the only returning character.  (In what must have been a typo or sloppy oversight by someone, his name is now Von Helsing.)  The police arrive and find him alone with the dead body of Renfield and the body of Dracula with a stake through its heart.  He is arrested for murder and taken to Scotland Yard.

Later, the mysterious Countess Marya Zaleska comes to the police station to claim the body of Dracula.  In an eerie scene, the best in the movie, she burns the corpse on a pyre and exorcises his spirit.  She believes that this will free her from the vampire curse and allow her to live a normal life in the sun.

"Unto Adoni and Aseroth, into the keeping of the lords of the flame and the lower pits, I consign this body, to be evermore consumed in this purging fire.  Let all baleful spirits that threaten the souls of man be banished by the spilling of this salt.  Be thou exorcised O Dracula and thy body, long undead, find destruction throughout eternity  in the name of thy dark unholy master.  In the name of all holiest and through this cross, be this evil spirit cast out until the end of time." 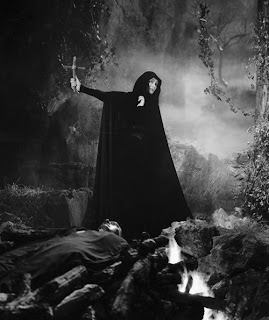 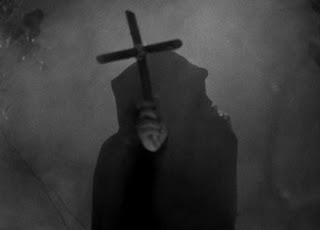 Von Helsing refuses to retain a barrister and instead calls on his old pupil and friend Dr. Jeffrey Garth, a psychiatrist.  The professor has faith that Garth is the only man who can truly understand what has happened and be able to explain it to a jury.  Why he couldn’t have called on his old friend Dr. Seward or any of the other survivors of the first movie I can’t begin to guess.  But then again, this guy is not Van Helsing, he is Von Helsing.  Go figure.

This brings me to the first major flaw in the film.  The distinguished actor Otto Kruger was cast in the role of the hero Dr. Garth.  Otto Kruger?  Are you kidding?  Mr. Kruger, born in 1885, had been groomed as a sophisticated leading man type and later in his career moved on to more sinister roles.  I have to admit the only other role I remember seeing this actor play was the head bad guy in the Hitchcock film, “Saboteur”.  He was very believable there as Tobin, the icy cold traitor and murderer who happened to have a soft spot for his baby granddaughter.

In "Dracula's Daughter" he is the romantic/action hero and it just doesn’t work.  He looks stiff and uncomfortable from beginning to end. 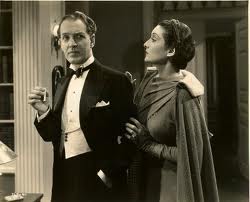 Dr. Garth's assistant/secretary Janet, played by Marguerite Churchill, is also his love interest.  The scenes between Garth and Janet are written to be a sort of pre-Tracy and Hepburn “gee-they-fight-so-much-they-must-be-madly-in-love” banter.

This kind of humor can go in one of two directions, either: 1. light and charming or,  2. increasingly annoying.  When Tracy and Hepburn did it it was light and charming.  When these two do it, they head down road number two.  There is WAY too much unnecessary cutesy blather between them and this is the second flaw that gets in the way of it being a much better film. These scenes stop the movie dead in its tracks at least three times.  It falls so flat that Garth and Janet don’t come across as even remotely attracted to each other.  It feels more like "gee-they-fight-so-much-they-must-really-hate-each-other".